Infant block
The space in the existing veranda areas were utilised to create new entrance points. Areas were enclosed to form new access and cloakroom areas incorporating UPVC screens with aluminium door sets. Controlled access points were implemented into the nursery area and level access ramps were installed to allow full access into the building. 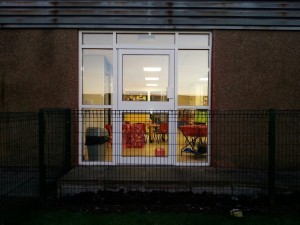 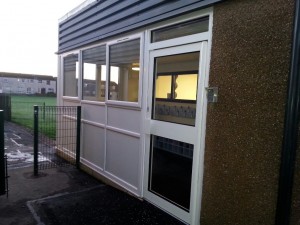 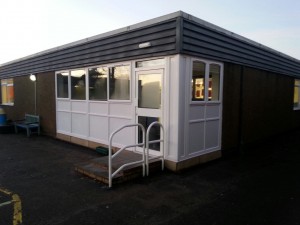 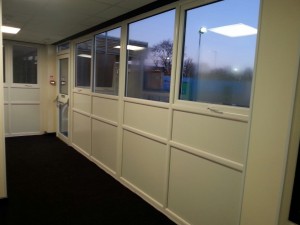 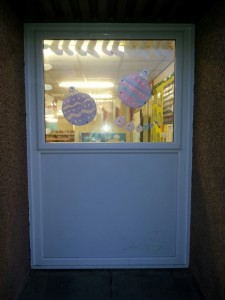 Handrails
Powder coated bespoke handrails were fitted at all new entrances, along with steps to allow access. 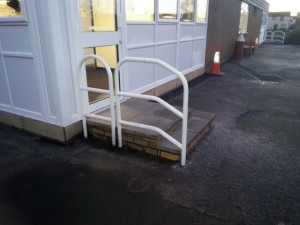 Internal alterations
New Suspended Ceilings were installed where required and altered to accommodate for the removal of existing walls. Vinyl and carpet were laid throughout areas where works were carried out. Areas within the school also received an electrical re-wire. Re-routing of existing pipework was also carried out to accommodate all the new works to WRAS standards. Heating facilities were altered as required throughout the works, as well as the fire and intruder alarms to take new areas into account. 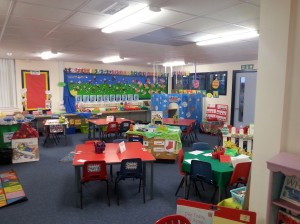 Cloakroom Areas
The new space made by enclosing the external veranda areas were transformed into cloakroom areas for the pupils. With the provision of shoebox storage and robust hat and coat hook facilities. 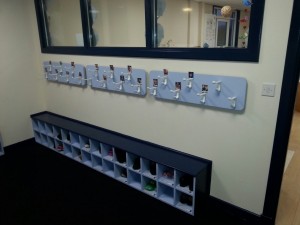 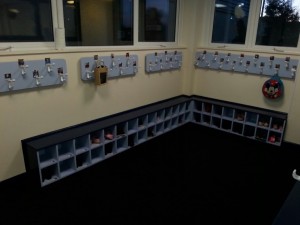 Toilets
To accommodate for the removal of the existing toilet facilities, new toilets and a nappy change area were created by the use of IPS panels and Toilet cubicle systems. Vanity units and new sanitary ware was also supplied to the new bathroom facilities. 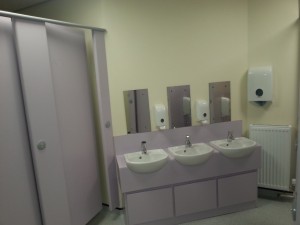 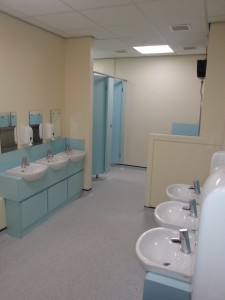 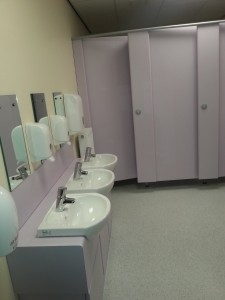 Accessible Toilet
An accessible toilet was created within the school. In accordance with the Disability Discrimination Act Regulations, the toilet supplied reaches the requirements. 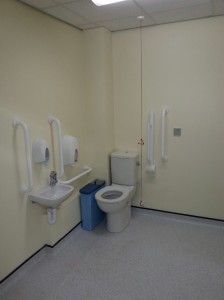 Classrooms
Alterations were made to classroom layouts to suit the needs of the teaching staff and children. A sink and worktop facility was fitted in every classroom, at heights easily accessed by teachers and pupils. 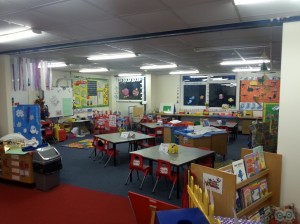 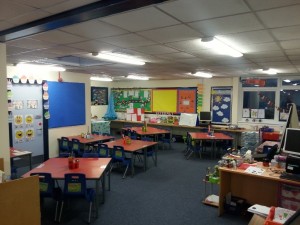 Nursery area
Within the nursery area, lower level worktops were installed to suit the needs of younger pupils. Safety catches were fitted to the cupboards within this area, for the safety of the children. 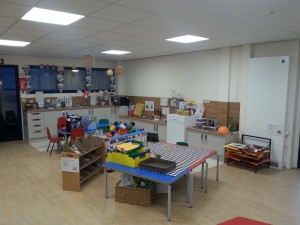 Doorsets
New doorsets were installed throughout the school. These new doors incorporated child friendly ironmongery to minimise the risk of accidents. New fire exits were formed due to the installation of the UPVC screens and aluminium doors. 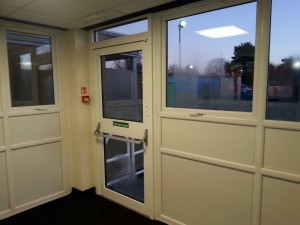 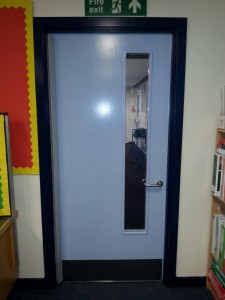